Today, the reality is that we need to start taking responsibility for our health. If we think we can swallow a pill for every ailment we have, we are still living in the dark ages. Granted, it's not ... Read full review

I've been in the alternative health world for a long time so was very interested in perusing this book. I was pleasantly surprised how thorough and concise Alan Smith's book is. Concise, yet, full of ... Read full review

Page viii - And the best doctors in the world are Doctor Diet, Doctor Quiet, and Doctor Merryman.
Appears in 88 books from 1808-2007

Alan Smith has found greater health and happiness thanks to complementary and alternative therapies. Today he wants to share this hope of health with the world with his first book, UnBreak Your Health(TM). A few years ago his deteriorating health took him to the finest medical facility in the world, The Mayo Clinic in Rochester, Minnesota. Unfortunately they didn't have any solutions for his digestive problems. The doctor managing his case put it simply: There's good news and bad news. The good news is your condition isn't going to kill you. The bad news is you aren't going to like it and there is very little we can do about it. Just a few weeks later he discovered a new book by Bruce Lipton, Ph.D. called Biology of Belief. This was the kind of answer he had been searching for - scientific evidence that the energy of thoughts and feelings could directly influence the function of cells. In other words, the right beliefs and attitudes could improve health! Lipton's book led him to Rob Williams's PSYCH-K(R) process. With the first signs of improvement he became so excited about complementary and alternative therapies that he began offering PSYCH-K(R) in Plano, Texas. The challenge of introducing a new type of healing, especially in a conservative Southern location, was the inspiration for his book. After speaking to local groups it was clear that very few people had ever been exposed to complementary and alternative therapies but there was tremendous interest in more natural, holistic ways to improve health without prescription drugs. Someone with a health problem simply didn't have a place to go to learn about the options available. Even though his journalism degree was decades earlier he dusted off his reporting skills and began researching and writing. As he finished one subject he'd discover one or two more he'd never heard of until eventually UnBreak Your Health(TM) grew to more than 300 listings. The second edition, now How To UnBreak Your Health(TM), was published in June, 2010 featuring a new, user-friendly format and 339 new and updated listings in 150 different categories. Today he enjoys the best health he's had in decades as a direct result of the complementary and alternative therapies included in his book. 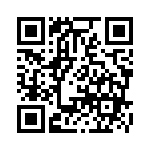