Benedict Richard O'Gorman Anderson was born in Kunming, China on August 26, 1936. He received a degree in classics from Cambridge University in 1957 and a Ph.D. in government from Cornell University in 1967. He taught at Cornell University until his retirement, as an emeritus professor of international studies, in 2002. His best-known book, Imagined Communities: Reflections on the Origin and Spread of Nationalism, was first published in 1983. He died of heart failure on December 12, 2015 at the age of 79. 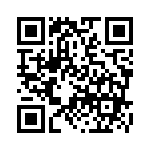