Temple Grandin, one of the most famous and accomplished individuals on the autism spectrum, touches on real life everyday experiences in this revised and expanded edition. The book is a compilation of ... Read full review

Because I have 3 grandchildren with autism, I read all that I can on the subject. This book was invaluable in showing that, as they become adults, they can fit into society if treated early enough ... Read full review

As a child, Temple Grandin could not speak. Her silent existence was broken only by rhythmic rocking and occasional fits of screaming and thrashing. Temple's many caregivers eventually helped her contradict her doctors' pessimistic predictions and go on to become one of the autism community's most beloved success stories. Temple Grandin, PhD, is a popular international lecturer on autism and the author of Emergence: Labeled Autistic, Thinking in Pictures, Animals in Translation, Unwritten Rules of Social Relationships, Animals Make Us Human, and The Way I See It. One of the world's leading experts in livestock facility design, over half of the cattle in North America are handled in facilities designed by her. She credits her visual thinking and her systemizing mind, both characteristics of autism, for her ability to be "the woman who thinks like a cow." Now the subject of the acclaimed 2010 HBO movie based on her life, and recently named a "hero" of 2010 in Time magazine's list of the top 100 most influential people in the world, Temple continues to be an inspiration and role model to millions. 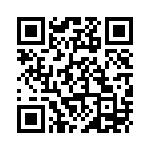