Todd Gitlin (1943-2002) was a professor of journalism, sociology, and mass communication at the University of California at Berkeley, New York University, and Columbia University who wrote several books on politics and cultural history as well as poetry, memoirs and novels. His essays and articles appeared in such publications as the New York Times, Los Angeles Times, and The New Republic.

As one of the most vocal activists of the 1960s, Gitlin served as president of Students for a Democratic Society in 1963-64, helped organize the first national Vietnam War protest, and lead demonstrations against apartheid in South Africa. He was also an editor and contributor to the underground newspaper, the San Francisco Express Times.

Gitlin's books include The Sixties: Years of Hope, Days of Rage, The Twilight of Common Dreams: Why America is Wracked by Culture Wars, Media Unlimited: How the Torrent of Images and Sounds Overwhelms Our Lives, and Occupy Nation: The Roots, the Spirit, and the Promise of Occupy Wall Street. 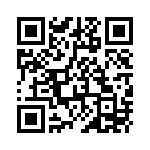