Lots of missing pages. not much use to me. Lobb

I found that details pertaining to the names I was researching appear to have been copied from other earlier books. I have researched quite thoroughly and cannot confirm the name derivatives given in this Dictionary

Professor Patrick Hanks holds research professorships at the Bristol Centre for Linguistics in the University of the West of England, and at the Research Institute of Information and Language Processing in the University of Wolverhampton. He is an expert lexicographer, corpus linguist, and onomastician. Professor Richard Coates is a Professor in Linguistics at the University of the West of England. He is particularly interested in the area where linguistics, history, and geography meet and specializes in onomastics, historical change in northern and western European languages, and dialectology. He is Hon. Director of the Survey of English Place-Names and Vice-President of the International Council of Onomastic Sciences. Professor Peter McClure is the Honorary Professor of Name-Studies at the Institute for Name-Studies at the University of Nottingham and is an Honorary Research Fellow and former Senior Lecturer in English Language and Literature at the University of Hull. He has published widely on the origins and historical implications of English given names and surnames, and on the methodology of anthroponymic research and anthroponymic dictionaries. He is President of the Society for Name Studies in Britain and Ireland (2014-17), a Vice-President of the English Place-Name Society, and an onomastic consultant to the Oxford English Dictionary. 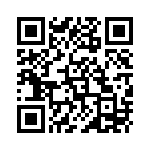