Wow. This is an amazing work! Don't let anyone tell you that economics cannot be interesting. I especially recommend it to my historian friends who want economical-social survey from the end of the ... Read full review

An interesting, well-written book. The author was able to really bring to life the different time periods he discusses. But, it could have been so much shorter -- lots of repetition. Robert Gordon ... Read full review

Robert J. Gordon is professor in social sciences at Northwestern University. His books include Productivity Growth, Inflation, and Unemployment and Macroeconomics. Gordon was included in the 2016 Bloomberg list of the nation's most influential thinkers. 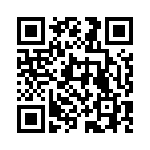