This year I've been trying to read more poetry. It doesn't usually appeal to me. I tend to be on the literal side of things and so poetry can be a struggle for me. I've been reading this collection ... Read full review

English playwright, poet, and political activist Harold Pinter was born on October 10, 1930, in London's East End. From childhood he was interested in literature and acting. He studied at both the Royal Academy of Dramatic Arts and the Central School of Speech and Drama. Pinter was a Nobel Prize-winning English playwright and screenwriter. One of the most influential modern British dramatists, his writing career spanned more than 50 years. His best-known plays include The Birthday Party (1957), The Homecoming (1964), and Betrayal (1978), each of which he adapted to film. Pinter published his first poems in 1950. He worked as a bit-part actor in a BBC Radio program and also toured with a Shakespearean troupe. Pinter has written over 30 plays, achieving great success internationally. He has also directed several of his dramas. Pinter was married to actress Vivien Merchant from 1956 to 1980, before wedding biographer Lady Antonia Fraser. From his first marriage he has a son who is a writer and musician. Pinter has won numerous prestigious literary prizes in poetry and theatre. He was awarded the Hermann Kesten Medallion for outstanding commitment on behalf of persecuted and imprisoned writers. He has been granted honorary degrees at universities in England, Scotland, the United States, Bulgaria, Ireland, Italy, and Greece. In 2005, Pinter received the Nobel Prize for Literature. He died from cancer on December 24, 2008 at the age of 78.

Geoffrey Godbert was born in Stretford, Manchester, England on June 11, 1937. While writing poetry in London, he joined the publicity department of the publisher Bodley Head and then got a job working for Rediffusion TV on the music programme Ready Steady Go! His first collection of poetry, Ides of March, was published in 1975. He founded a small press named Greville Press with Harold Pinter and Anthony Astbury. Godbert wrote more than a dozen collections of poetry including Journey to the Edge of Light and produced two anthologies, 100 Poems by a Hundred Poets and 99 Poems in Translation. In the 1990s, Geoffrey ceased to be involved in the Greville Press. He died on July 3, 2017 at the age of 80. 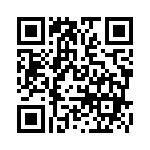