Page 2 - During an investigation of the unsymmetrical passage of current through a contact of carborundum and other substances a curious phenomenon was noted. On applying a potential of 10 volts between two points on a crystal of carborundum, the crystal gave out a yellowish light.
Appears in 7 books from 1987-2006

E. F. Schubert received his PhD degree with honors in Electrical Engineering from University of Stuttgart in 1986 and is currently a Wellfleet Senior Constellation Professor at Rensselaer Polytechnic Institute. He has made several pioneering contributions to the field of LEDs including the first demonstration of the resonant-cavity light-emitting diode (RCLED). He has authored or co-authored more than 200 publications including Doping in III-V Semiconductors (Cambridge, 1993) for which he was awarded the VDE Literature Prize. He is inventor or co-inventor of 28 US Patents and a Fellow of the IEEE, APS, OSA, and SPIE. He received the Senior Research Award of the Humboldt Foundation, the Discover Award for Technological Innovation, the RD 100 Award, and Boston University's Provost Innovation Fund Award. 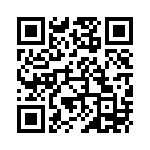