Thomas A. Brady, Jr. has taught at the University of Oregon, where he was President's Distinguished Professor of the Humanities, and he now teaches European history at the University of California, Berkeley. His writings include Ruling Class, Regime, and Reformation at Strasbourg, 1520-1550 (1978), Turning Swiss: Cities and Empire, 1450-1550 (1985), and Protestant Politics: Jacob Sturm (1498-1553) and the German Reformation (1993).
Heiko A. Oberman, formerly of Harvard University and the University of Tübingen, is now Regents Professor of History and Director of the Division for Late Medieval and Reformation Studies at the University of Arizona. He is best known for The Harvest of Medieval Theology (1963), Masters of the Reformation (German, 1977), The Roots of Anti-Semitism (German, 1981), and Luther: Man between God and the Devil (English, 1992).
James D. Tracy has been a member of the History Department at the University of Minnesota since 1966. His major publications are Erasmus: the Growth of a Mind (1972); The Politics of Erasmus: a Pacifist Intellectual and his Political Milieu (1978); A Financial Revolution in the Habsburg Netherlands: "Renten" and "Renteniers" in the County of Holland, 1506-1565 (1985); and Holland under Habsburg Rule: the Formation of a Body Politic (1990). 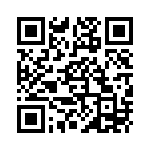