Take a day off, find a comfortable spot where you won't be disturbed, open this book, begin reading, and don't expect to blink until you've finished. Yes, this book is that good! Patrick Lee gives us ... Read full review

PATRICK LEE is the author of the Sam Dryden novels, Runner and Signal, as well as the bestselling novels: The Breach, Ghost Country, and Deep Sky. Patrick Lee lives in Michigan. 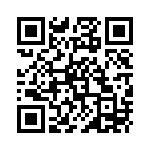