Michael Mitterauer is professor emeritus of social history at the University of Vienna and the author of numerous books, including A History of Youth. Before his retirement Gerald Chapple was associate professor of German at McMaster University. 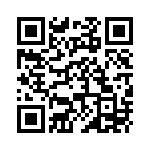