Life Together offers a very contemporary and neo-monastic explanation of community. Perhaps the most helpful I have encountered so far. The Prayerbook of the Bible portion was good, though I found it more an aid for reflection on the Psalms rather than a reinforcing Christological template advocated by Bonhoeffer.

Page 35 - Christian life together should be and to try to realize it. But God's grace speedily shatters such dreams. Just as surely as God desires to lead us to a knowledge of genuine Christian fellowship...
Appears in 18 books from 1972-2008

Born in 1906 in Breslau, Germany, now part of Poland, Dietrich Bonhoeffer became a radical theologian. He was raised in a home where the intellect was honored. His father was a physician and professor of psychiatry at the University of Berlin. Such scholars as the church historian Adolph von Harnack, the theologian and sociohistorian Ernst Troeltsch, and Max Weber, a founder of modern sociology, were frequent guests of the Bonhoeffers. A precocious student who evidenced a degree of independence of thought that was at odds with the reverence in which his fellow students held their professors, Bonhoeffer decided early on the church and theology as his life's work. He was a product of liberal studies that were greatly influenced by Karl Barth. Bonhoeffer's doctoral dissertation, Sanctorum Communio: A Dogmatic Investigation of the Sociology of the Church, was published in 1930, at the time he was teaching theology at the University of Berlin. A year's study in the United States followed and leadership of the World Alliance of Churches, where his flair for languages and his genial disposition won him many friends. His American and British friends tried unsuccessfully to dissuade him from returning to Germany after the rise of Hitler in 1932. But Bonhoeffer returned, and joining the so-called Confessing Church of those who resisted Germanizing the church, he conducted an illegal seminary in Finkenwalde. Out of this experience came his Life Together; out of his struggles to encourage Christians to resist the Nazis came The Cost of Discipleship, his study of the Sermon on the Mount. Although Bonhoeffer escaped military duty by joining the intelligence service, he was eventually arrested and imprisoned by the Gestapo and was linked to the attempt on Hitler's life. His Letters and Papers from Prison (translated in 1953), was his testimony of faith; the writing gave the American death of God movement the term religionless Christianity. Bonhoeffer was killed in 1945 while he was in prison in Flossenburg. 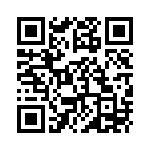