Subversive sounds: race and the birth of jazz in New Orleans

Charles Hersch is professor of political science at Cleveland State University and the author of Democratic Artworks: Politics and the Arts from Trilling to Dylan. 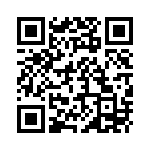