Denmark's Department Q, cold case squad, is back on another case. A message in a bottle from 14 years ago has been found sitting around in someone's office. When Carl and his two "assistants", Assad ... Read full review

Department Q are in the middle of researching arson cases, and looking for connections with more recent examples of arson, when the hand written message in the bottle turns up. Transcribing the ... Read full review

Jussi Henry Adler-Olsen was born in 1950 in Copenhagen. After graduating from the state school in Rřdovre, he studied medicine, sociology and film making. In the late 1970s, he worked in various areas of publishing including cartoon-scripting, proof-reading and journalism. He went on to write two books about Groucho Marx (1984-1985). His first successful novel, Alfabethuset (The Alphabet House), followed in 1997. It tells the story of two British pilots on a secret mission who are shot down in Germany during World War II. It was followed in 2002 by Og hun takkede guderne (The Company Basher), a thriller set in Iraq in which an Indonesian specialist in destroying large corporations is persuaded to bring down an oil company. In 2006, Washington Dekretet (The Washington Decree) begins with the assassination of the Democratic front-runner on the eve of an American presidential election. His first novels in the crime-thriller series about Department Q, Kvinden i buret (The Woman in the Cage, US title -The Keeper of Lost Causes) and Fasandrćberne (Disgrace) were published in 2007 and 2008. Both are set in Denmark where they increased his popularity, appearing at the top of bestseller lists. Then followed Flaskepost fra P (Message in a Bottle) in 2009, and Department Q book, Journal 64, was published in 2010. His title Absent One made The New York Times Best Seller List in 2012 and in 2014 his title The Purity of Vengeance made the list again. 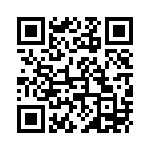