Peter Lemesurier is the author of many works on the world's great mysteries and is widely regarded as the leading English-language expert on Nostradamus. He has written several books on Nostradamus, including the best-selling Nostradamus Encyclopedia, the authoritative The Unknown Nostradamus, and Nostradamus: The Illustrated Prophecies. Born in 1936, he has been a musician, teacher, translator, author, and jet pilot. He has twice been invited by the town of Salon-de-Provence (Nostradamus's hometown) to lecture in French on the seer, and has appeared on numerous TV productions and radio programs, including, Discovery Channel, History Channel, National Geographic Channel, and UK's Channel 4. He lives in Pembroke, UK. 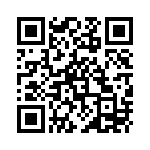