Gladys L. Knight is a freelance writer. She is the author of Greenwood's Icons of African American Protest: Trailblazing Activists of the Civil Rights Movement. 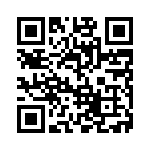