Jefferson has proved enduringly protean, available to represent a variety of positions, and his reputation is on a seesaw with Hamilton’s. Notably, this 1960 work was reissued in 1998; all things ... Read full review

Reading the preface and prologue prepares the reader for the development of the theme of this book. Reading this with an open mind, without patriotic prejudice or "patriotic faith" can be the stepping ... Read full review

Merrill D. Peterson is Thomas Jefferson Memorial Foundation Professor Emeritus of History at the University of Virginia. His many publications include Adams and Jefferson: A Revolutionary Dialogue; Lincoln in American Memory; The Great Triumvirate: Webster, Clay and Calhoun; Thomas Jefferson and the New Nation: A Biography; and Visitors to Monticello [Virginia]. 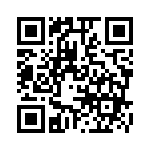