Peter Cole has published two volumes of poems and six volumes of translation from medieval and contemporary Hebrew and Arabic. He has received numerous awards for his work, including fellowships from the NEA and the NEH, and for his Selected Poems of Shmuel HaNagid the MLA-Scaglione Prize for Translation. He lives in Jerusalem. 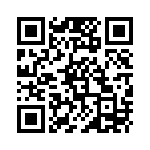