66 pages matching subjects in this book

In its first edition, Abraham Maslow's "Toward a Psychology of Being" (1962) sold more than 100,000 copies. Like R. D. Laing, Maslow questioned the old psychoanalytic notions of being well or ill "adjusted" to the world and spoke from a broadly human base. Human nature---the inner nature of every individual which is uniquely his or her own---"seems not to be . . . necessarily evil; . . . the basic human capacities are on their face either neutral, premoral or positively good." What we call evil behavior appears most often to be a secondary reaction to frustration of this intrinsic nature." On this foundation, Maslow built an affirmation of people and people's potentialities for self-fulfillment and psychological health. He considered his "humanistic" or "Eupsychian" approach to be part of the revolution then taking place in psychology, as in other fields, toward a new view of people. He saw people as sociable, creative, and loving beings whose welfare is not in the cure of "neurosis" or other ills, but on the development of their most socially and personally constructive potentials. Maslow was born in New York City and received his B.A., M.A., and Ph.D. from the University of Wisconsin. He was chairman of the psychology department at Brandeis University in Waltham, Massachusetts. He taught for 14 years at Brooklyn College, and was the president of the American Psychological Association from 1967 to 1968. His wife Bertha helped edit his journals and last papers after his death and assisted with a memorial volume about him. 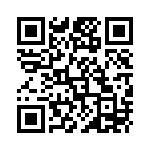