Born in St. Louis, Missouri, and reared in Champaign, Illinois, HOWARD MORLEY SACHAR received his undergraduate education at Swarthmore and took his graduate degrees at Harvard. He has taught extensively in the field of modern European history, and lived in the Middle East for six years, two of them on fellowship, the rest as founder-director of Brandeis University's Hiatt Institute in Jerusalem. Dr. Sachar has contributed to many scholarly journals and is the author of thirteen other books. 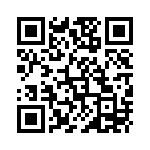