Judea Pearl is professor of computer science and statistics at the University of California, Los Angeles, where he directs the Cognitive Systems Laboratory and conducts research in artificial intelligence, human reasoning, and philosophy of science. The author of Heuristics and Probabilistic Reasoning, he is a member of the National Academy of Engineering and a Founding Fellow of the American Association for Artificial Intelligence. Dr Pearl is the recipient of the IJCAI Research Excellence Award for 1999, the London School of Economics Lakatos Award for 2001, and the ACM Alan Newell Award for 2004. In 2008, he received the Franklin Medal for computer and cognitive science from the Franklin Institute. 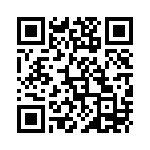