As the world changed, so did the Cazalet family. This book must be Howard's masterpiece, published 18 years after what was supposed to be the final volume in the series, and published the year before ... Read full review

This is the fifth and final book in Howard's Cazalet family epic taking place from roughly the 1930s-50s in England. I was a little nervous because this last book was written about 10 years after the ... Read full review

Elizabeth Jane Howard was the author of fourteen highly acclaimed novels. The Cazalet Chronicles - The Light Years, Marking Time, Confusion, Casting Off and All Change - have become established as modern classics and have been adapted for a major BBC television series and most recently for BBC Radio 4. In 2002 Macmillan published Elizabeth Jane Howard's autobiography, Slipstream. In that same year she was awarded a CBE in the Queen's Birthday Honours List. 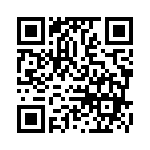