Jane Milling is Lecturer in Drama at the University of Exeter. She has written on Restoration performers and female dramatists. Her work in the modern period includes co-authorship with Graham Ley of Modern Theories of Performance: From Stanislavski to Boal (2001).

Peter Thomson is Emeritus Professor of Drama at the University of Exeter. His books include Shakespeare's Theatre (1992), Mother Courage and Her Children (1997), Shakespeare's Professional Career (Cambridge University Press, 1999) and On Actors and Acting (2000). 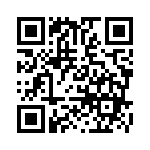