Fr. Max Zerwick (1901-1975), a Bavarian, had obtained doctorates in theology at Innsbruck and in classical philology at Vienna when he, too, arrived at Biblical Institute in 1936. As from 1937 he taught biblical Greek. He published here his Vienna thesis Untersuchungen zum Markusstil.

Fr. Joseph P. Smith (1912-1964) an Englishman from Lancashire. He had studied classic at London from 1958-1941. He arrived at Biblical Institute in 1947 to do the licentiate in orientalism and obtained it in 1950.
From 1951 until 1962 he not only taught the course in textual criticism, thus relieving Fr. Vogt, but also the courses in Armenian and Georgian languages and literatures. His chief publications were, firstly, St. Irenaeus, Proof of the apostolic Teaching (Ancient Christian Wrtiters, 16), Westminster Md - London 1952, which gave the translation of, and a commentary on, the Armenian Text nd, secondly, Biblical Greek, which was published at the Institute and was a reworked translation of Fr. Zerwick’s Grammar of New Testament Greek. His field was mainly biblical history and, more precisely, the chronology of the kings of Israel and Juda. At different times he taught Aramaic, Syriac and Arabic. 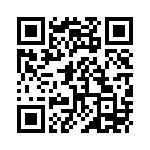