Woody Tasch is the Founder and Chairman of Slow Money, a non-profit headquartered in Boulder, Colorado, with an alliance of national and international chapters. Slow Money took root in 2009 when Tasch wrote his groundbreaking book “Inquiries Into the Nature of Slow Money: Investing as if Food, Farms, and Fertility Mattered.”

Tasch is widely regarded as a pioneer of the concepts of patient capital, mission-related investing and community-building venture capital. For ten years before founding Slow Money, he was the Chairman of Investor’s Circle, a network of investors that funds startups that emphasize sustainable business practices. Tasch was founding chairman of the Community Development Venture Capital Alliance and Treasurer of the Jessie Smith Noyes Foundation during the 90s, where he had the foresight to invest $1.25 million in Stonyfield Farm, which returned 3x cash-on-cash in five years.

Tasch is now working on the sequel to his first book, revisiting the fundamental principles of Slow Money, based on the experience of the last four years launching the organization and movement. To date, Slow Money has moved $30 million into 221 small food businesses around the country, including farms, creameries, grain mills, niche organic brands, local processing, distribution and seed companies, and restaurants.

Carlo Petrini, born in the small northern Italian town of Bra in 1949, is the founder and international president of the Slow Food movement, committed to the promotion of “good, clean and fair food.” The author of several books, he contributes regularly to Italian dailies and magazines on matters related to gastronomy and food politics. To write Terra Madre, he collaborated closely with Carlo Bogliotti, an editor of the Slowfood magazine and governor of the Slow Food Italy association. 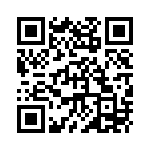