Mathematician, inventor, and prolific writer, Charles Babbage is best known for his conception of the first automatic digital computer. He was born in England in 1791 and educated in mathematics at Cambridge University. Babbage helped found the British Analytical Society, which aimed at incorporating European developments into English mathematics. From the time he was a student, Babbage was drawn to the idea of mechanizing the production of values in mathematical tables. His difference engine of 1822 was to be an all-purpose calculating machine. Although he received government funding to build a large-scale working model of the difference engine, the project never was completed. By 1834 he had developed his ideas for an analytical engine, a computing device consisting of a processing area of wheels and racks, called a mill, for the calculation of decimals. Borrowing the idea of the punch card from the Jacquard mill, he proposed the use of separate card sets, one for controlling procedures and one for storing information that would make the engine "programmable." Lady Lovelace, the daughter of Lord Byron might have contributed some programming ideas. P Babbage's analytic engine was never successfully built. Although his design was forgotten until his unpublished notebooks were discovered in 1937, his intellectual distinction is that he was the first person to plan a flexible modern mechanical computing device. 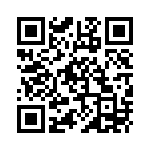