Hemingway-iana for the Hemingway-phile. This is not for the casual Hemingway reader, but if you are enough of a Hemingway-phile that you've read that he wrote introductions to such books as Kiki of ... Read full review

Matthew J. Bruccoli, Emily Brown Jefferies Professor of English at the University of South Carolina, is the leading authority on F. Scott Fitzgerald and the authors of the House of Scribner. 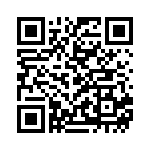