MARTIN B. GOLD is a partner with Capitol Counsel. Previously he was a partner with the law firm of Covington & Burling. In 2003, he served as Floor Advisor and Counsel to Senate Majority Leader Bill Frist. His tour with the Leader represented a return to Senate service after twenty years in the private sector. Mr. Gold was co-founder of The Legislative Strategies Group, LLC and his practice ranged widely, with an emphasis on sports law, health care, antitrust, communications, and taxation.

Mr. Gold is the author of Forbuidden Citizens and Senate Procedure and Practice: An Introductory Manual, a widely consulted primer on Senate Floor procedure, a subject on which he frequently lectures in offices of United States Senators and for Congressional Quarterly and TheCapitol.Net. He has also spoken frequently at George Washington University, American University, the University of Maryland, and to numerous domestic audiences on political and legislative subjects.

Further, he has been a guest lecturer at Moscow State University, the Moscow State Institute of International Relations, the State Parliament of Ukraine and the Federation Council of the Russian Federal Assembly. Mr. Gold is also a consultant to C-SPAN on matters of Senate procedure.

During a 10-year period from 1972 to 1982, Mr. Gold worked in a variety of senior staff positions in the United States Senate, culminating as counsel to Senate Majority Leader Howard H. Baker, Jr. (R-TN). Mr. Gold began his career as a legal assistant to Senator Mark O. Hatfield (R-OR) and later served as Republican Staff Director and Counsel to the Senate Rules Committee and as a professional staff member on the Senate Select Committee on Intelligence.

Subsequent to his Senate experience, Mr. Gold was president of the lobbying firm Gold and Liebengood, which he co-founded in 1984. He joined the government relations firm, Johnson, Smith, Dover, Kitzmiller & Stewart, Inc. in 1995.

He was instrumental in the U.S. Senate and U.S. House passing expressions of regret for the Chinese exclusion laws: S. Res. 201 in October 2011, and H. Res. 683 in June 2012. In 2012, he was awarded the “Champion of Justice Award” by the Chinese American Citizens Alliance for his work on the project.

A graduate of the Washington College of Law at American University, Mr. Gold also served Of Counsel to Schwabe, Williamson & Wyatt, a Pacific Northwest law firm with principal offices in Portland, Oregon, and Seattle, Washington. 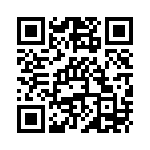