Awesome book! Must read! Covers everything!

John Forester is a bicycle transportation engineer and the author of Bicycle Transportation: A Handbook for Cycling Transportation Engineers (MIT Press). An experienced cyclist, cycling advocate, and onetime racer, he lives in Lemon Grove, California 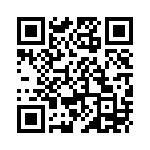