Thomas G. Mahnken is currently Jerome E. Levy Chair of Economic Geography and National Security at the U.S. Naval War College and a Senior Research Professor at the Philip Merrill Center for Strategic Studies at The Johns Hopkins University's Paul H. Nitze School of Advanced International Studies (SAIS). His most recent books are Strategy in Asia: The Past, Present and Future of Regional Security (2014) and Competitive Strategies for the 21st Century: Theory, History, and Practice (2012). He is co-editor of The Journal of Strategic Studies. Joseph Maiolo is Professor of International History in the Department of War Studies, King's College London, and Visiting Research Professor at the Norwegian Defence Intelligence University, Oslo. He is author of Cry Havoc: How the Arms Race Drove the World to War, 1931-1941 (2010), co-author of An International History of the Twentieth Century (2014), and co-editor of volume II of The Cambridge History of the Second World War (2015). He is co-editor of The Journal of Strategic Studies. David Stevenson holds the Stevenson Chair of International History at the London School of Economics & Political Science. His publications include Armaments and the Coming of War: Europe, 1904-1914 (1996); 1914-1918: the History of the First World War (2004); and With Our Backs to the Wall: Victory and Defeat in 1918 (2011). He is currently preparing an international history of the year 1917. 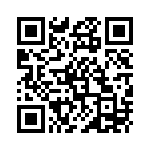