Criss Jones Diaz has been a teacher educator for more than 20 years. She has taught English as a second language in Central America and the Caribbean where she learnt Spanish as a second language. Her research and publication interests are primarily in critical and cultural studies, with an emphasis on languages and literacies and identity negotiation in contexts of diversity and difference. She teaches at the University of Western Sydney in subjects focusing on sociology in education, literacy and languages education.

Laurie Makin's teaching and research interests are in children's early language and literacy learning in monolingual and multilingual contexts. Her research has focused on literacy as social practice, children's emergent literacy, gender differences in early literacy, accessing the voices of young children in research, and parent partnerships in literacy learning. Dr. Makin has developed and implemented programs to support parents as their children's first language and literacy educators, designed professional resources for early childhood staff working with children in the year prior to school entry and in transition, and published extensively. In 2005, she retired from the University of Newcastle, where she was Associate Professor and Founding Director of the Children and Education Research Centre from 2001 to 2005, and accepted an invitation to act as Visiting Scholar at the Hong Kong Institute of Education, 2005–2006. She currently works as a consultant in early language and literacy learning.

Claire McLachlan is Associate Professor of Early Years Education at Massey University College of Education in Palmerston North, where she teaches courses in the undergraduate and postgraduate program on cognition, literacy and assessment in the early years. Claire's research background is primarily in educational psychology, with an emphasis on literacy and teachers' beliefs about teaching and learning. Claire was formerly the Program Leader: Early Years Education at Auckland University of Technology, where she established the early childhood teacher education and postgraduate programs, with specialties in Montessori, Steiner and Pasifika education. She completed her doctorate on the topic of emergent literacy in New Zealand kindergartens and has recently completed further research which examined how literacy is promoted in a range of early childhood and new entrant settings. Claire's current research interests include teachers' and parents' beliefs about literacy in early childhood, literacy environments in the early childhood setting, and physical activity in young children. 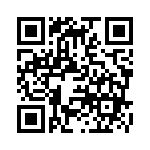