Sooner or later, most undergraduates encounter him, and some scholars devote their careers to his exuberantly eloquent prose. James Joyce (1882-1941) led the vanguard of 20th-century fiction, and his experimental use of language and stream-of-consciousness technique continue to captivate, intrigue, and influence modern readers and writers. 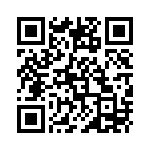