God is One; God is Love... or the longer version "Every portion of matter may be conceived as like a garden full of plants and like a pond full of fish. But every branch of a plant, every member of an animal, and every drop of the fluids within it, is also such a garden or such a pond . . . There is, therefore, nothing uncultivated, or sterile or dead in the universe. - Gottfried Wilhelm Leibniz" ~ "Consciousness preceded matter; all matter is thus consciousness experiencing itself. - Wald Wassermann" ~ "The Vedas exclaim from time immemorial, Ekam Sat Vipra Bahudha Vadanti, Existence is One, Sages call it by different Names. - Rig Veda, 1-164-146." 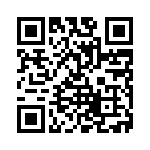