Review: The Secret History of Rock: The Most Influential Bands You've Never Heard

Danielle Dardashti and Roni Sarig are married and the parents of two children, Uri and Raquel. They are the authors of The Jewish Lights Book of Fun Classroom Activities: Simple and Seasonal Projects for Teachers and Students (Jewish Lights). Dardashti is vice president of Connect with Kids Network, Inc., an educational media company. She has produced Emmy Award-winning television documentaries on children's issues, has worked as a television reporter, and has written a parenting column for several Jewish newspapers. Sarig is an award-winning journalist and the author of five books, including Third Coast (Da Capo), The Secret History of Rock (Billboard) and The Everything Bicycle Book (Adams). He has contributed to publications including Rolling Stone and the New York Times, and currently teaches English and journalism in New Rochelle, New York. 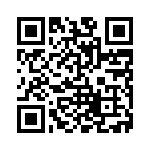