Charles E. Scott is Professor of Philosophy at The Pennsylvania State University. He is author of The Question of Ethics, On the Advantages and Disadvantages of Ethics and Politics, (both Indiana University Press)
and The Time of Memory.

Susan Schoenbohm has taught philosophy at Vanderbilt University, The University of the South, and The Pennsylvania State University. She has published several articles on Heidegger, contemporary Continental thought,
ancient Greek thought, and ancient Asian thought. 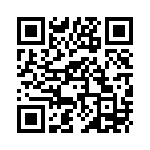