Oscar Wilde was wide-ranging in the literary forms he engaged and I've enjoyed many of his other works, but his fairy tales don't strike me as being one of his strengths. He was no Hans Anderson, not ... Read full review

to me: The Happy Prince reads like a n Egyptian mythological Christ allegory Read full review

Born in Ireland in 1856, Oscar Wilde was a noted essayist, playwright, fairy tale writer and poet, as well as an early leader of the Aesthetic Movement. His plays include: An Ideal Husband, Salome, A Woman of No Importance, and Lady Windermere's Fan. Among his best known stories are The Picture of Dorian Gray and The Canterville Ghost.

Barbara Robinson has written several popular books for children, including My Brother Louis Measures Worms, The Best School Year Ever, The Best Halloween Ever, and the enormously popular bestselling novel The Best Christmas Pageant Ever, first published in 1972, which was made into a classic TV movie and on which this book was based. The play The Best Christmas Pageant Ever is produced annually in theaters, schools, and churches all over the world. Ms. Robinson has two daughters and three grandchildren.

Peter Glassman is the owner of Books of Wonder, the New York City bookstore and publisher specializing in new and old imaginative books for children. He is also the editor of the Books of Wonder Classics, a series of deluxe facsimiles and newly illustrated editions of timeless tales. And he is the author of The Wizard Next Door, illustrated by Steven Kellogg. Mr. Glassman lives in New York City. 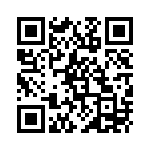