I picked this up because I can't take any more crime books that are full of brutal murders and torture. And I guess this did fit the bill - very old style Agatha Christie with all the characters stuck ... Read full review

-- THE LIGHTHOUSE is a satisfying read. When a guest at an exclusive island compound is found dead three London police officers find out "who done it." A few guests have motives, & a few alibis are ... Read full review

P. D. James is the author of eighteen previous books, most of which have been filmed and broadcast on television in the United States and other countries. She spent thirty years in various departments of the British Civil Service, including the Police and Criminal Law Departments of Great Britain's Home Office. She has served as a magistrate and as a governor of the BBC. In 2000 she celebrated her eightieth birthday and published her autobiography, Time to be in Earnest. The recipient of many prizes and honors, she was created Baroness James of Holland Park in 1991. She lives in London and Oxford. 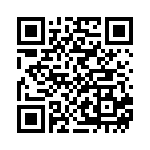