Bipolar Faith: A Black Woman's Journey with Depression and Faith

Coleman (Making a Way Out of No Way), a Claremont School of Theology professor, traces how mental illness and rape have shaped her Christian faith. Burdened by her sharecropping great-grandfather's ... Read full review

What a awesome read! I couldn't put the book down. This book tells a vivid story of what so many of us survivors face on a daily basis. This book is powerful and remind people from all over, we are not alone and we can overcome any obstacle that we face!

Monica A. Coleman teaches theology and African American religions at Claremont School of Theology, where she also codirects the Centre for Process Studies. Her writings cover womanist theology, sexual abuse, and the African American experience. She is an ordained elder in the African Methodist Episcopal Church a sought after speaker and preacher. 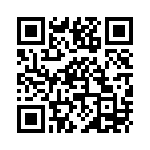