Review: My Utmost For His Highest - Updated Edition

Its a very good read and very thought provocating. I boutght for my daughter for Christmas and before I wrapped it I thumbed through it and decided I would really like to have this as daily reading and meditation. Read full review

Review: My Utmost For His Highest - Updated Edition

I have found this book very helpful. I appreciate the daily reminders to give myself to Christ. Read full review

Oswald Chambers (1874-1917) is best known for the classic devotional My Utmost for His Highest. Born in Scotland, Chambers had a teaching and preaching ministry that took him as far the United States and Japan. He died at age forty-three while serving as chaplain to British Commonwealth troops in Egypt during World War I. 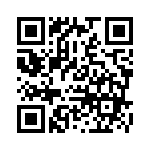