Yanni Tsipis holds degrees in civil engineering and urban planning from the Massachusetts Institute of Technology. He is the author of three bestselling Arcadia titles: Boston's Central Artery, Building the Mass Pike, and Building Route 128. Tsipis sits on the editorial board of Civil Engineering Practice, the journal of the Boston Society of Civil Engineers, and is a project manager at Meredith & Grew, a Boston-based real estate firm. 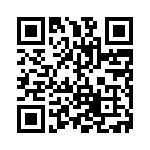