Tim Whitmarsh is the second A. G. Leventis Professor of Greek Culture at the University of Cambridge. He also holds honorary roles at Corpus Christi College, Oxford, and the Universities of Pretoria and Exeter. He is the author of 7 books, including most recently Battling the Gods: Atheism in the Ancient World, which has been translated into Dutch and (soon to appear) Chinese and Greek. He has written over 70 academic articles on ancient Greece, and appears regularly in newspapers such as The Guardian and the Times Literary Supplement, and on BBC radio and TV. 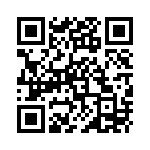