61 other sections not shown

Born February 25, 1942, in Kingston, Jamaica West Indies. Educated in Jamaica at Excelsior College, Mount Alvernia Academy and Cornwall College, the last two being in Montego Bay. Educated in the United States at Citrus Community College, Glendora California (AA degree 1965). Taught briefly at Pasadena City College and for a year Moneague Teachers College in Saint Anne, Jamaica, an experience chronicled in Going Home to Teach (1995.) From 1968 to 1975 Winkler had a sales territory as a bookman, covering Southern California, Las Vegas and Utah for Appleton Century Crofts textbook publishers, and later Southern California and Arizona for Scots Foresman. In 1969 he decided he could write textbooks as well as anyone and through a chance meeting with the sales representative of another company, he submitted the manuscript POETRY AS SYSTEM and was offered a contract for its publication. Eventually, he met JoRay McCuen and the two became textbook writers and collaborators. Over the years they have produced more than a dozen textbooks, most on rhetoric and writing, which have survived through multiple editions. In 1975, Winkler quit his job as a bookman and became a full-time freelance writer. In addition to his textbooks, his body of work include the following: The Painted Canoe (novel 1983) The Lunatic (novel 1987) The Great Yacht Race (novel 1992) Going Home to Teach (autobiography 1995) The Duppy (novel 1997) The Annihilation of Fish and other stories (short story collection 2004) Dog War (novel 2006) Trust the Darkness: My Life As a Writer (autobiography 2008) Plays The Hippopotamus Card (produced by WDR German radio network) The Burglary (premiered in Toronto July 7, 2005) Movies The Lunatic, filmed in 1991 The Annihilation of Fish (1999) Biography Bob Marley, an Intimate Portrait by His Mother (1996, with Cedella Booker, Marley's mother.) 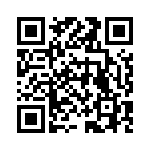