Bikas K Chakrabarti is a senior professor of theoretical condensed matter physics at the Saha Institute of Nuclear Physics, Kolkata, India. He received his doctorate in physics from Calcutta University in 1979. Following postdoctoral positions at Oxford University and Cologne University, he joined the Saha Institute of Nuclear Physics, Kolkata in 1983. Among others, his key research interests are statistical physics of linear polymers in disordered media and physics of quantum glasses and annealing and, recently, applications of statistical physics to interdisciplinary areas of geoscience (earthquake models) and economics (wealth distribution in societies). He has written and edited several books on these topics. Professor Chakrabarti is a fellow of the Indian Academy of Sciences (Bangalore) and the Indian National Science Academy (New Delhi).

Anirban Chakraborti is a lecturer in theoretical physics at Banaras Hindu University (BHU), Banaras, India. He received his doctorate in physics from Jadavpur University in 2003. Following postdoctoral positions at Helsinki University of Technology, Brookhaven National Laboratory and Saha Institute of Nuclear Physics, he moved back to India to work at BHU. Statistical physics of the traveling salesman problem, models of trading markets, stock market correlations and portfolio optimization, adaptive minority games and bioinformatics have been his major research interests.

Arnab Chatterjee is a graduate student of theoretical condensed matter physics at the Saha Institute of Nuclear Physics, Kolkata, India. He has worked on dynamic transitions in Ising models, while also taking an interest in the application of statistical physics to varied interdisciplinary fields such as complex networks and econophysics. He has studied structural properties of the transport networks and is now into developing the ideal-gas models of markets. 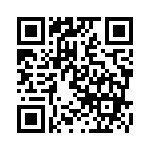