Simon Foster was born in London and grew up in rural Yorkshire. Family trips first kindled his wanderlust and after graduating in geography from University College London, he set off to seek what he had been studying. He started work as an adventure tour leader in the Middle East in 1997 and was then posted to India and China. He has contributed to several international guidebooks and magazines. Simon and his wife live in sunny southern Taiwan and lead adventure tours along the Silk Road, as well as in Taiwan and India.

Jen Lin-Liu is a food and travel writer based in Beijing and Cambridge, MA. She is the author of Serve the People: A Stir-Fried Journey through China and the founder of the cooking school Black Sesame Kitchen in Beijing.

Born in Singapore to a Shanghainese mother and a Chaozhou father, Sharon Owyang graduated from Harvard University, and divides her time between freelance travel writing and film projects in the U.S. and China. She is the author of Frommer's Shanghai, and has also written about Shanghai, China, Vietnam, and San Diego for Insight Guides, Compact Guides, the Los Angeles Times, and several websites. She speaks Mandarin, Cantonese, and enough Shanghainese to be a curiosity to the locals. Most recently, she was the principal writer of the U.S.-China Media Brief produced by the UCLA Asian American Studies Center.

Sherisse Pham was a Beijing-based freelance journalist for over four years, but recently relocated to New York to study Journalism at Columbia University. She has contributed to several Frommer's guides and has written for WWD, The South China Morning Post, People Magazine, CNN.com, and Zagat Survey among others. She hopes to return to Asia to continue reporting upon graduation.

Before she could even read, Beth Reiber couldn't wait to go to her grandparents' house so she could pour through their latest National Geographic. After living several years in Germany as a freelance travel writer for major U.S. newspapers and in Tokyo as editor of the Far East Traveler, she authored several Frommer's guides, including Frommer's Japan, Frommer's Tokyo, and Frommer's Hong Kong. She also contributes to Frommer's USA and Northstar Travel Media and writes a blog for the Japan National Tourist Organization's website at www.japantravelinfo.com. When not sleeping in far-flung hotels, she resides in Lawrence, Kansas, with her two sons, a dog, and a cat.

Lee Wing-sze is a freelance writer, translator, and avid traveler who hails from Hong Kong where she has been witness to the economic and ideological impact of China on the Eastmeets-West city since the 1997 handover. She studied English journalism at Hong Kong Baptist University and has worked for the city's English-language newspapers, the South China Morning Post, and The Standard, and has contributed to several Chinese publications in Asia. Music and basketball are her passion; but her dream is to step foot in every country on the earth, all the while bumping into people of different colors and collecting their compelling life stories.

Christopher D. Winnan's love/hate relationship with the continent currently known as China has lasted more than a decade. He has lived and worked in Beijing, Shanghai, and Guangzhou, and, unable to keep his comments to himself, has written extensively in both English and Chinese, most recently for Time Out and Intercontinental Press. Last year he bought a retirement house in Thailand, but even that cannot seem to keep him away from China, and he is currently residing in Dali, Yunnan Province. 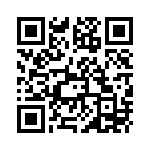