I came across this book, to help me understand, behind the scenes of Computing. As with the reviews, I do believe this is an important book. It's going to help you form abstraction. It will give you ... Read full review

A programmer who has not understood this material (either by reading this book, or in some other way) has missed some of the most fundamentally beautiful ideas in programming. Read full review

Hal Abelson is Class of 1922 Professor of Computer Science and Engineering at Massachusetts Institute of Technology and a fellow of the IEEE. He is a founding director of Creative Commons, Public Knowledge, and the " "Free Software Foundation. Additionally, he serves as co-chair for the MIT Council on Educational Technology.

Julie Sussman and Stephanie Glakas-Tenet, authors of the national bestseller "Dare to Repair" and "Dare to Repair Your Car", have been featured on the "New York Times", "Washington Post", Barnes & Noble, and Amazon bestseller lists. They have appeared on "Good Morning America", "Today", "The Early Show", and "FOX & Friends", and have hosted their own PBS special. As spokeswomen for the Lowe's and Habitat for Humanity Women Build program partnership, the authors have committed themselves to helping address the crisis of substandard housing by engaging women in the construction and maintenance of Habitat homes. In addition, they have partnered with the U.S. military and Lowe's to provide Dare to Repair clinics, teaching home repair and car care to military spouses managing the home front. 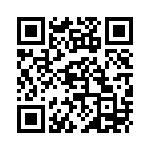