This book is very detailed and informative. However, the writing style of the author is very dry.I feel like i'm reading a textbook. It took me a while to get through this book. I would only recommend ... Read full review

1759: The Year Britain Became Master of the World

About the Author:
Frank Mclynn has written widely on the Jacobite movement, and his previous books include France and the Jacobite Rising of 1745 (1981), The Jacobite Army in England, 1745 (1983), and The Jacobites (1985). He is also author of Crime and Punishment in Eighteenth-Century England (paperback Oxford,
1991). 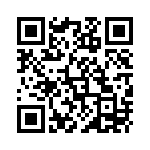