Professor Emeritus George Vernadsky of Yale University was a Russian emigre who settled in the United States and became one of the foremost historians on the subject of his native land. His life, he said, fell into three periods. The first was his youth in Moscow, taking his degree from the University of Moscow, teaching Russian history at the University of Petrograd (1914--17) in the stimulating intellectual atmosphere of the former St. Petersburg, and finally, studying and teaching in the Urals and Crimea, where, he said, even the revolution did not unduly disturb the universities. His second period was seven years in exile, spent teaching in Constantinople, Athens, Prague, and Paris. In 1927, invited to Yale, he came to the United States and remained in New Haven, first as a research associate in history and then as professor of Russian history, for the rest of his academic career. Gradually he produced a monumental body of work on Russian history. "While the transition from one span of my life to another was more or less painful,"he said, "the more I think of the course of my life, the more I find that in many respects I should be grateful to Fate for this tortuous path, since it gave me the variety and richness of experience, and since in each of the three paths I was fortunate to meet so many kind and congenial friends." Vernadsky's major work is the five-volume A History of Russia (1943--69). Planned as a collaboration between Vernadsky and Michael Karpovich of Harvard University, it was originally intended to run to nine volumes, but Karpovich's death in 1959 ended the possibility of his doing the later sections, and no further volumes appeared. Nevertheless, for the period it covers---to the time of the Renaissance and Reformation in Europe---it is the definitive work. Vernadsky's shorter A History of Russia (1961) brings the history of Russia up to the nuclear age. 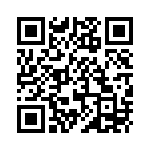