KUNIO FUKUDA graduated in fine arts from Tokyo University of Education (now Tsukuba University) and is presently professor of color theory at Joshibi University of Art and Design. He formerly held positions at the Japan Color Research Institute, the Japan Fashion Color Association, and Kyushu Sangyo University, where he was associate professor. He has written seven books in Japanese on color. The present one is his first in English.


With the exception of ten years lecturing at the University of Tokyo, John Bester, a graduate of the School of Oriental and African Studies of London University, has devoted most of his time in Japan to translation. His many literary and other translations include works by Yukio Mishima, Kenzaburo Oe, Kenji Miyazawa, and Masuji lbuse. In 1990, he received the Noma Award for the Translation of Japanese Literature in acknowledgment of his achievements in the field. 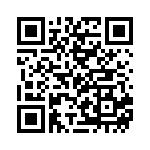