Donald F McLean CEng FIEE is European Director of a consulting practice in a multi-national professional services company. His professional career started in R&D but after several years the attraction of management made him move into the professional services sector. It is in his spare time that he has been pursuing his interests in restoring the earliest-known recordings of television and in communicating through the media these dramatic findings. 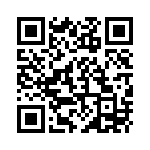