The author has analyzed more than 200 decisions of the federal and state courts -- all of them, to avoid the appearance of a bias. He also studied the social and legislative history of gun control ... Read full review

CLAYTON E. CRAMER is author of By the Dim and Flaring Lamps: The Civil War Diary of Samuel McIlvaine, he has had numerous articles published concerning constitutional history, gun control, civil defense, and problems of media ethics. 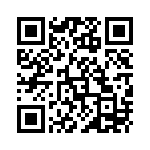